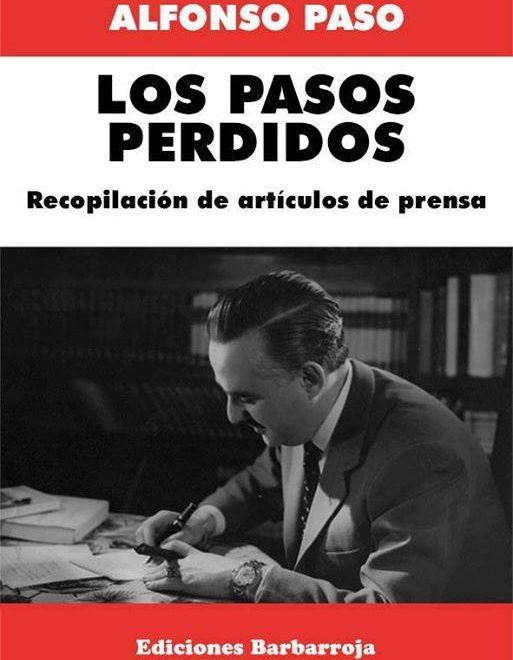 Author of 179 plays – 93 of them edited – Alfonso Paso got to have seven plays, at the same time, in seven theaters of Madrid with the sign of “full house” in all of them, and now an anthology of newspaper articles recovers the ” more human side of Alfonso Paso,” according to his daughter, Almudena Paso.

He was the most prolific Spanish playwright of the last century and his works are now being performed in theaters all over the world, aong other countries right now in Austria, Germany, Mexico, Argentina, Portugal, Hungary, Turkey and Czech Republic. Almudena, his daughter has put together this journalistic anthology together with the professor of the University of Valencia Juan Vicente Oltra.

Alfonso Paso (Madrid, 1926- Madrid, 1978) wrote simultaneously in seven newspapers for three consecutive decades, although in the sixty selected texts are those that reflect his love for Granada and El Escorial – “the two cities where he felt happier” , according to his daughter, his love of animals and others of a human and family character, like the two he dedicated to his daughter. There are also articles related to history, famous historical people, and one of his passions, psychiatry.

A book easy to read and full of great articles of many different themes.