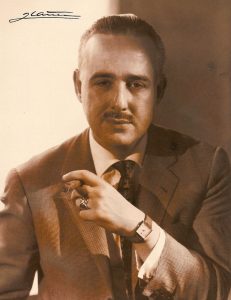 Alfonso Paso, was born in Madrid, Spain, as Alfonso Paso Gil on the 12th September 1926. His father, Antonio Paso, was also an author and a member of the well known “Generacion del 98”. His mother, Juana Gil, was also theatrical, and very famous as an actress.

Paso originally studied Philosophy and Letters, and graduated in 1952, with the Extraordinary Award. He specialized in American History and archaeology. Later Paso, studied medicine and psychiatry. Later in 1975 he also graduated in the journalism career and was a Journalist.

Alfonso Paso had his first premier in 1946 with the play in one act “Un Tic Tac de Reloj”. Since 1946, there have been over 200 plays of Alfonso Paso premiered around the world (see synopsis page). Without a doubt, he is the most prolific Spanish author of the XX century and the most produced. So much so that, the great cartoonist Antonio Mingote published a carton in 1960, in one of the main newspapers of the country, in which a couple were having coffee, reading the newspaper and planning their evening. In it the husband is shown holding the newspaper open to the theatre and movie section, which shows a play of Alfonso Paso in every one of the most important theatres of Madrid. The husband asked the wife “ Which shall it be tonight, the movies or Alfonso Paso?” 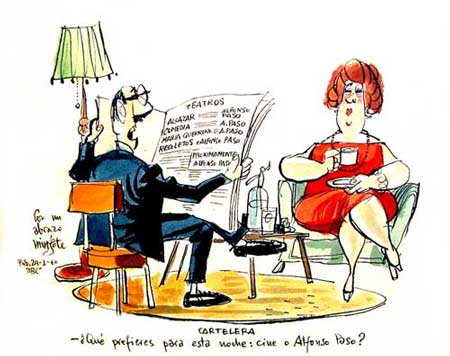 Repeating his success years again, in 1968, once more Paso had 7 plays in the most important theatres of Madrid, shown twice daily in each, during several months, the “Full House” sign was hung outside each one of the seven theatres.

His plays have been translated to more than 30 languages among them Swedish, Italian, English, German, French, Norwegian, Danish, Russian, Check, Hungarian, Japanese, Polish, Portuguese, Turkish or Arabian. Nowadays, 28 years after his death, his plays are still being produced worldwide.

In 1963 his play “El canto de la Cigarra” premiered in the Anta Theatre “In Broadway”, which made Paso the first living Spanish author to have a play on Broadway. 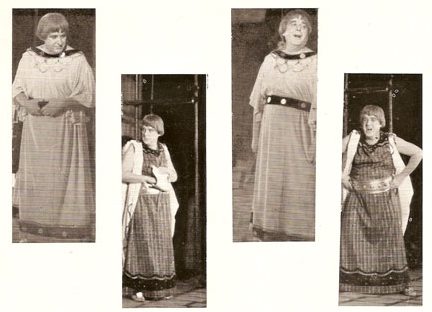 During his career Paso’s work earned many awards, among them the national Theatre Award in 1957, for his play “El Cielo Dentro de casa”. So important was Paso that in 1977 two of his plays, “En el Escorial, Carino Mio” and “El Cielo Dentro de Casa” were being considered by the Swedish Academy for the Nobel Prize.

During his life, Alfonso Paso wrote columns for some of the main newspapers and magazines of Spain such as, ABC, Diez Minutos, or Semana. In them he had either daily or weekly columns.

Alfonso Paso died in Madrid, on the 10th July 1978 after losing a terrible battle with the cancer that finally took his life.